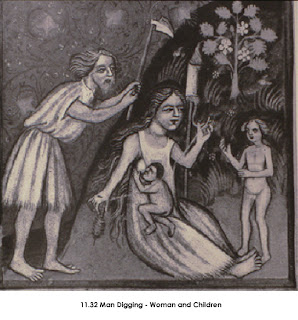 Originally, the term spinster did not mean a single woman, but any woman spinning. And women spun. If you want to refer to the mother's side of the family, you could refer to the distaff side. This was work that was firmly in the woman's domain. However, once it came to dyeing and weaving, that could belong to either men or women, depending on the technology and culture.

In agricultural societies, women spun and wove flax. In nomadic societies they spun wool. The traditional belief about women and work has always been that just as men had work, so did women have work, and women also nursed their babies. That's just the way it was. There was no contrast between the orientation of men and women regarding work. Both worked with their hands. If the family was wealthy, neither worked with their hands.

The notion that it is right and good for me 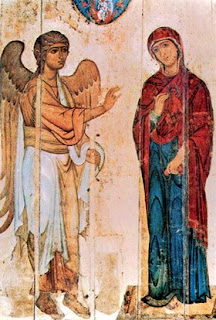 The man as provider, and the woman as receiver, is a paradigm that does not exist anywhere in the Bible, or even in history, until now. Perhaps, at this point in time, where women are equal before the civil law, some are trying to find a way to withdraw women from the mainstream.


Posted by Suzanne McCarthy at 9:37 AM

Surely in western culture the idea that the man goes out to work and the married woman stays at home to look after the family is more than one generation old. It must go back at least to Victorian times. In 1946 my mother was forced to give up work, as my father's secretary, when she was married - that was the British Civil Service. I have read that before 1914 it was rare for women to work outside the home, and they only started to when almost all the men went off to war.

Of course that doesn't invalidate the main message of your post.

Peter Kirk said...
This comment has been removed by the author.
6:17 AM

I think that the man went out to work and the woman stayed home to work. Women could make an economic contribution by sewing, knitting, making preserves and so on up until the beginning of the last century. Now its really not possible to do that. Coupon clipping is about the closest one can come to making an economic contribution while working in the home. I may have overstated the case, but not by much.

Coupon clipping is about the closest one can come to making an economic contribution while working in the home. I may have overstated the case, but not by much. -Suzanne

I disagree and spoke of my financial contribution as a SAHM of 8 in another comment on your blog here.

"Houses and riches are an inheritance from fathers, But a prudent wife is from the LORD." Prov 19:4