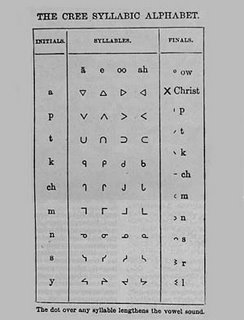 I chanced on this exchange on The Official Site for Christian Blogs, where I read the usual discussion that comes up every year on whether Xmas is a sign of disrespect, leaving Christ out of Christmas; or the use of Greek χ sign for Christ.

Since Greek shorthand is one of the things I have been working on recently, I was even more interested in reading this post about a version of the Bible in text messaging.

One of my questions is when and how the notion that using a shorthand for the Bible is a sign of disrespect arose. There have been many Bibles printed in shorthand including but not restricted to Pitman's shorthand.

The use of the Greek letter chi for Christ has a long history. The first shorthand for Christ seems to have been ΧΡΣ P46. This site explains that the Nomina Sacra were used not as abbreviations but to set apart holy words in text.

Two kinds of shorthand were used from the third century up until the 16th century in Greek manuscripts. First, the nomina sacra, where a closed set of frequently occuring siginificant names were abbreviated to create a logographic entity. Second, there were ligatures which shortened or combined two or three letters, especially grammatical endings, later even including the accent in the ligature.

Χριστος has been represented by Χρς, or Χς, and by ΧΡ in art and other representation. I have not found the ΧΡ in manuscripts and would not expect it since the manuscript form always includes the grammatical ending.

A quick glance at some facsimiles of Greek manuscripts* shows that the words ισους, χριστος, θεος, ανθρωπος, πατερ, ματερ, πνευμα and some other words were represented by their initial and final one or two letters which represent the grammatical ending. This could be ς,υ,ν,οι, ι &c.

For this reason, I am assuming that the transition from Χς to Χ happened with the beginning of the use of the vernacular languages in Europe, when the ending was no longer relevant. There would be no reason to retain the last letter and X alone came to represent Christ. There is also no reason to see a sign of disrespect in the transition from Χς to Χ. And so Xmas first appeared in English texts in the 16th century.

Χ retained the meaning of Christ for those who knew Greek but possibly also in some form of British shorthand at least up until the last century. It occurs in the Cree writing system devised by James Evans in 1841 and now called Canadian Aboriginal Syllabics, pictured at the beginning of this post. It is recognized that Evans drew on his knowledge of early British shorthand for the Cree syllabary. However, he must also have studied Greek so either way he would be familiar with the chi X symbol.

I have previously posted on the use of the Greek chi symbol here and Greek Literary Hands here.

As my posts often represent an incomplete or partial piece of research, I would be glad to receive any supplementary or clarifiying comments.
Posted by Suzanne McCarthy at 6:45 PM